The city of Perm is, after St. Petersburg and Moscow, Russia’s third great city of music. Its existing ballet and opera theatre is a 19th century interior enclosed within a classical facade built in the 1950s. The building is set within a park in the middle of the city.

The program called for a new theatre of 1100 seats, rehearsal halls and support space. The scheme placed the new hall next to the existing structure, so that the new foyer could serve both halls and both stages would benefit from being adjacent to the new loading dock.

The central idea of the project derives from the notion that when a group of people are looking to assemble, they seek a clearing in the forest. Here, the forest is the park, and by extension, the new foyer which is designed as a winter garden with its wood structural posts and retractable ceiling that can open to the sky. The hall, the “clearing”, appears as a diaphanous scrim, like a lantern of dancing fireflies or a shimmering, gilded Russian dome.

The energy of the glowing space invades the park. The proposal develops a system of unifying lines, from north to south, beginning from the opera house leading outward to the park. The lines are like the staff of a score. The music of the theatre flows into the park. The small rehearsal rooms, to the side, open onto small outdoor amphitheatres for performances during the festival season. 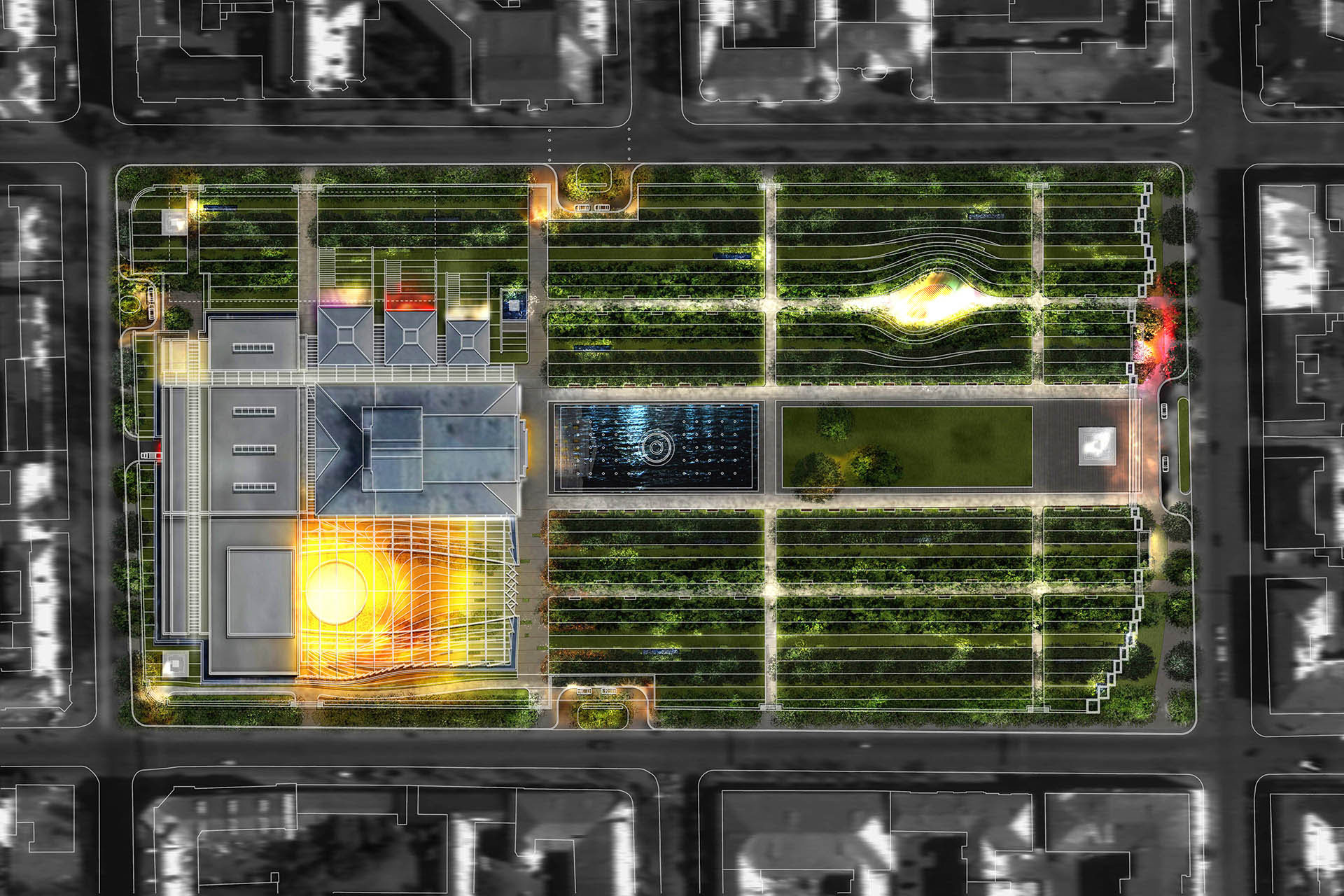 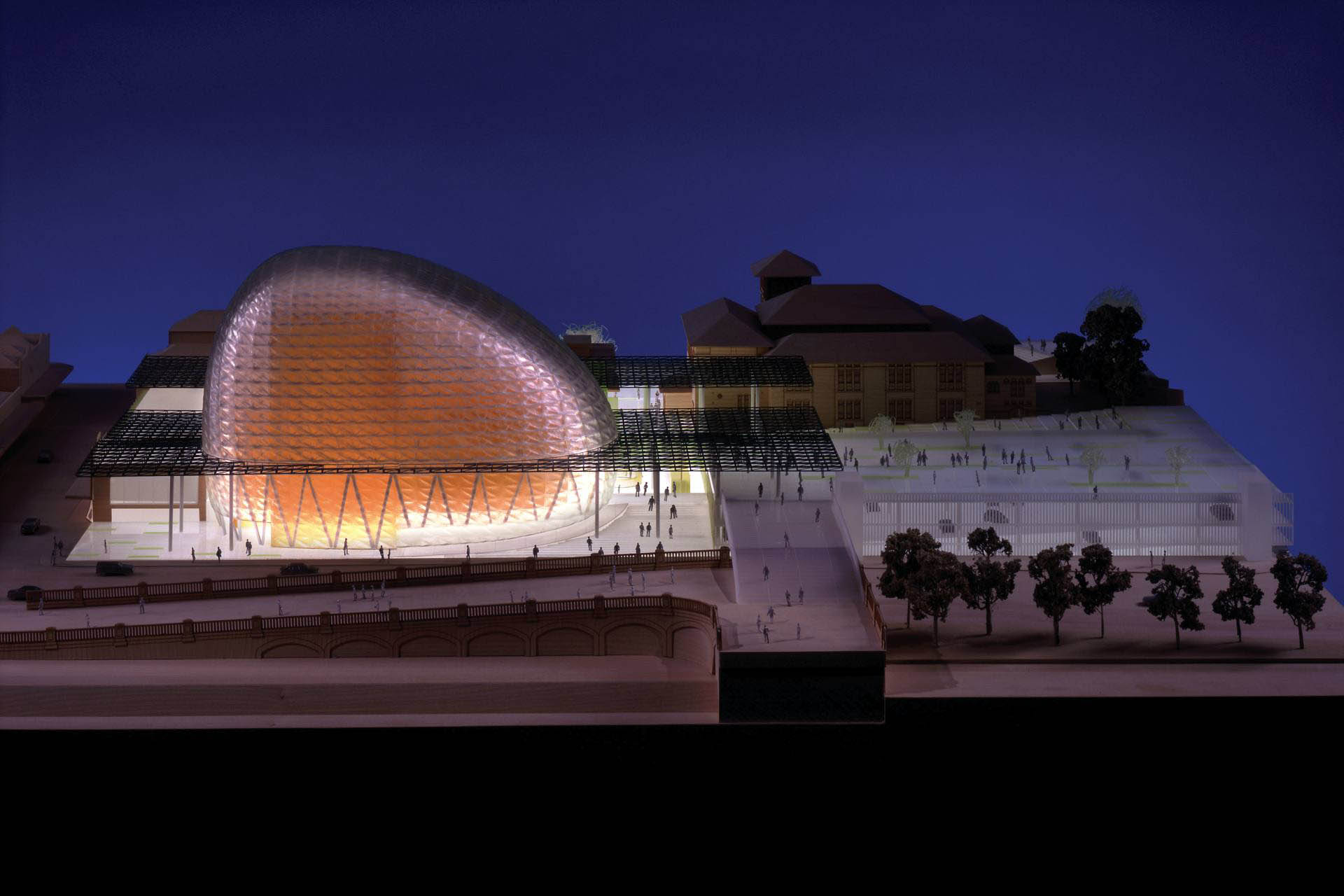 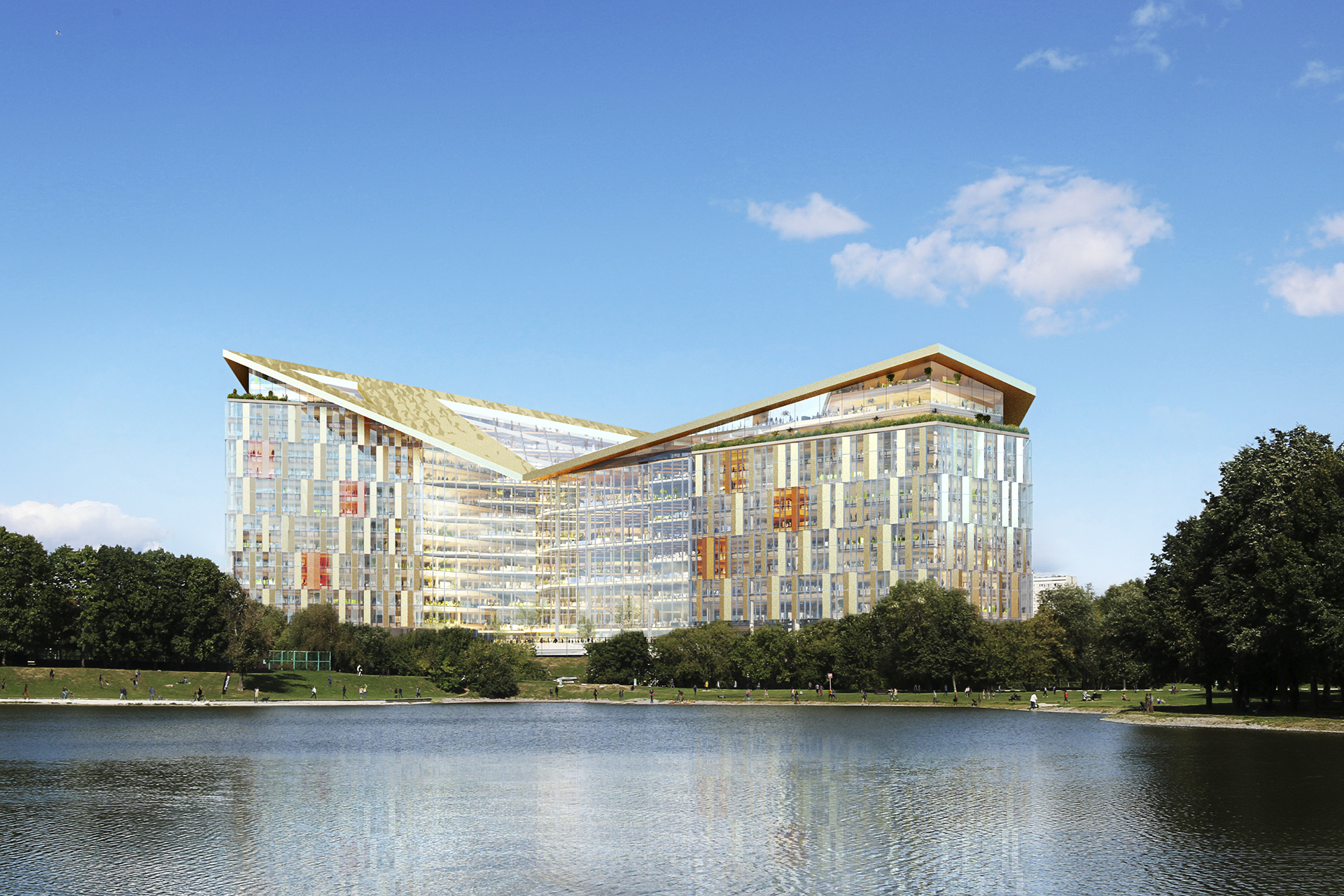 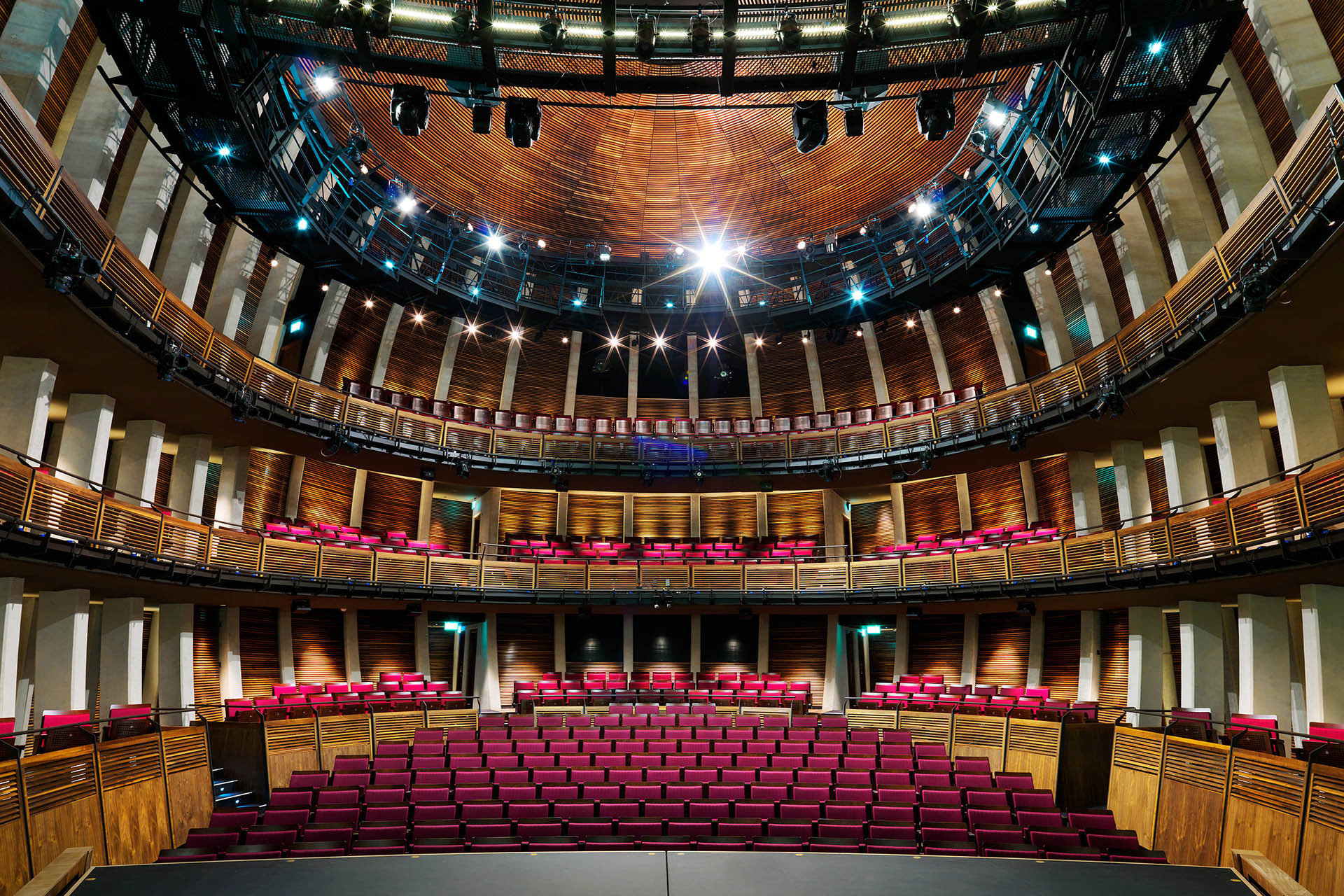