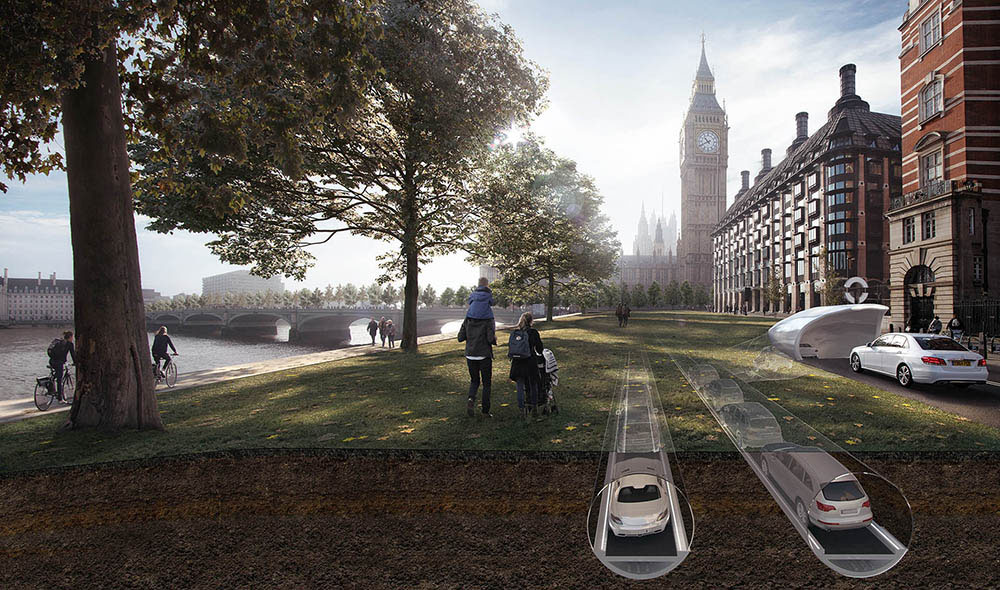 PLP Architecture has unveiled the concept design for IUMO/h, during the ‘Future of Urban Mass Transportation’ Conference held on December 2nd 2016 in London. The Conference brought together researchers and scientists from the UK and abroad to discuss the direction of future transportation technology. The IUMO concept translates a pioneering mobility solution which combines two existing modes of transport, automated electric cars and mass transit, into a single, seamless underground road system.

Lars Hesselgren, Director of Research at PLP Architecture: “IUMO/h is a direct response to mass transit and traffic congestion in the world’s largest cities. Moving high-speed car traffic below ground will revolutionise our concept of the city, allowing our urban spaces to be designed not for cars, but for people. IUMO/h has the potential to be the next best thing to teleportation and will revolutionise exiting cities and allow for unprecedented urban forms.”

PLP Architecture will continue their research on IUMO/h and will act as a catalyst for innovation, bringing together great minds from different backgrounds to imagine a future where cars don’t compete but collaborate.